Anime and You: The Weekend at A-Kon 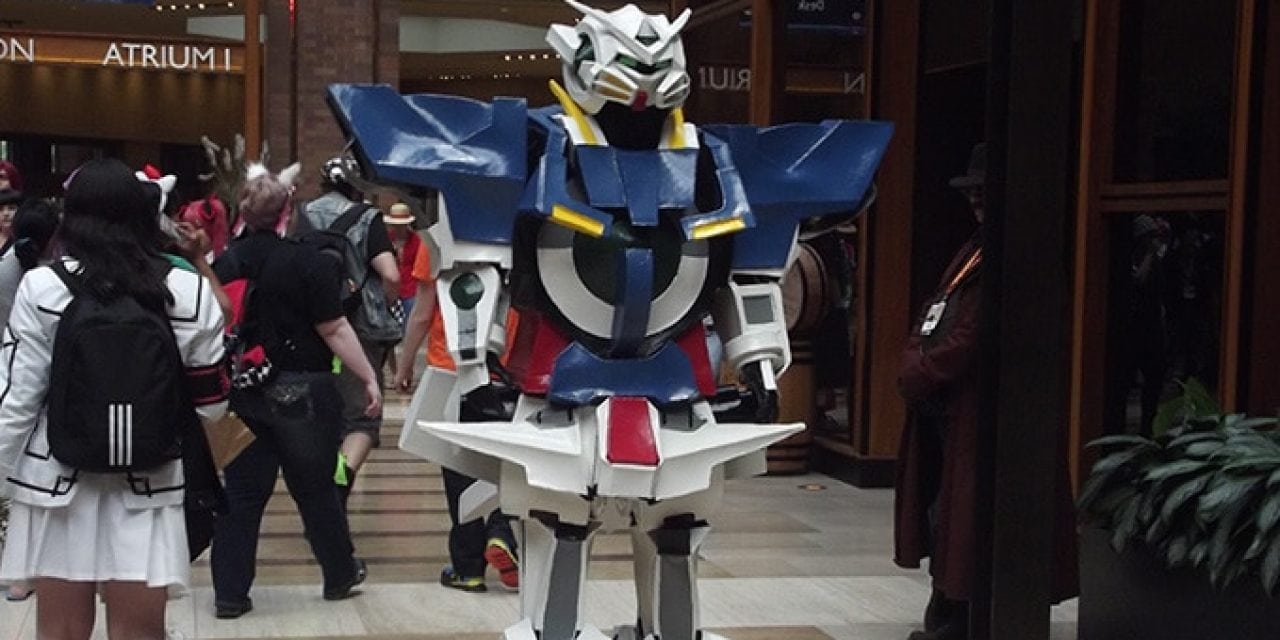 Hundreds of anime culture fanatics crowded the Hilton Anatole the first weekend of June to revel in the festivities of A-Kon 27. Filled with workshops, musical performances, guests, and tons of cosplaying, the annual Dallas convention started summer off with a colorful bang. 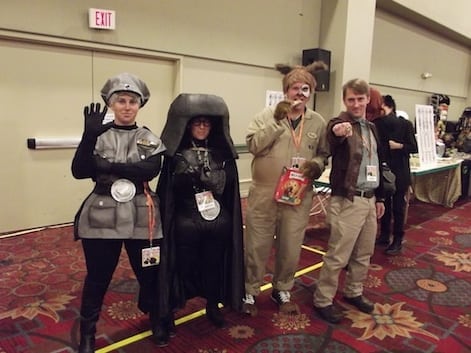 To clarify a bit, A-Kon is not exclusively about anime; it offers something for everyone from steampunk enthusiasts to serious gamers alike. This is because, unlike other conventions, this one is more about socializing–in terms of dressing up and hanging out there–and less about the activities, although they do play a major role in the convention.

The reason for the mixture of eclectic recreations is to invite people that aren’t fans of one certain thing to go do another activity they are into in another part of the hotel–which explains the massive amount of events that each day had going on. In turn, every person in a group of friends gets a chance to do what he or she wants to do while presenting an opportunity to meet new people who share a similar interest. 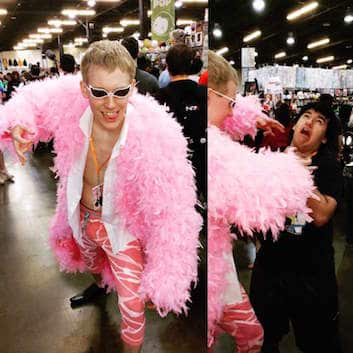 Unlike recent years, the large patio in the back of the hotel was closed down due to construction for a water park the hotel is in the process of making there. This was usually the main area where people socialized and took a breath from all the sweaty costumes inside. Nonetheless, general mingling occurred just about everywhere else this year; the festive spirit was kept alive inside. 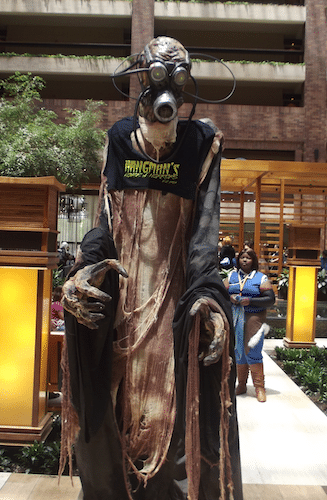 Although there were cool figurines, plushies, movies, and books you could find in the convention, there were many vendors in the marketplace that overcharged for things you could find cheaper online. It’s nice to have rare things accessible for those who look hard for them, but it comes at the risk of spending more than one should. Then again, this is a convention. Spending the weekend at the Hilton without buying anything is expensive anyway, so it’s worth it to reward oneself with a pricey collectible. 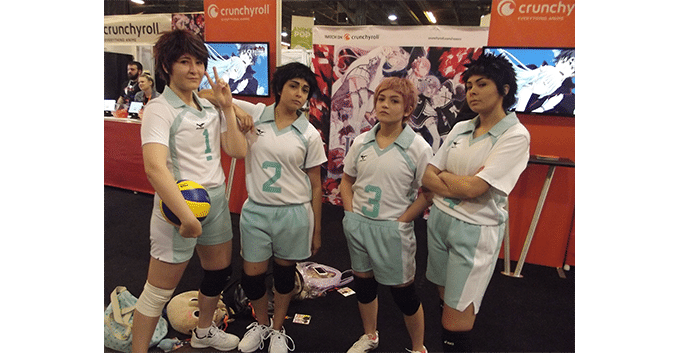 For those who wanted to test their might in games, the game room provided all the essentials required: consoles, controllers, and tournaments. Gamers challenged each other in games like Pokken, Street Fighter, and Mortal Kombat all while being streamed on Twitch channels that covered the matches. Outside the game room, some groups around the convention were LARPing, otherwise known as live-action role-playing, or playing tabletop games like Heroclix or Magic the Gathering. Whichever type of game preferred, there was something for everyone at A-Kon.

Japanese band Yousei Teikoku, who have written songs for several anime series, performed Friday night at A-Kon. This was the first time in years since they’ve played in the U.S., so this was a rare opportunity for fans as a whole to see the band perform live. Other musical acts, such as Season of Ghosts and Frenchy & the Punk, created a flamboyant soundtrack to many people’s nights, which must’ve hyped them up to the center of the night: the rave. 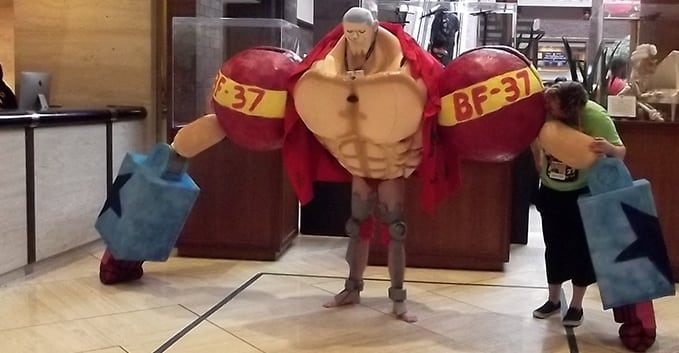 To give a small background, A-Kon’s nightlife always gets a bit weirder than the daylight crowd. Maybe because some are pulling all-nighters to the point where they become loopy. Maybe because some have had a few too many drinks. Maybe both. Whatever the case, every night there is a group of rowdy people that either randomly start a chant or randomly start a dance. There’s also the occasional person in a morphsuit crawling on the floors trying to creep out others. And that’s not even inside the rave. 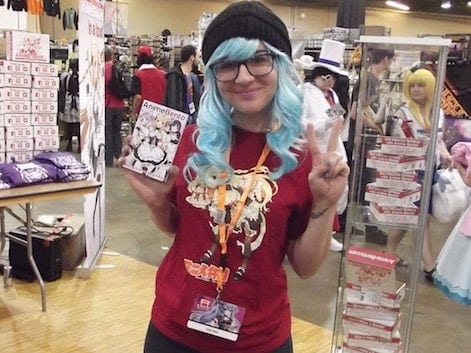 The rave is more or less a rave; half of the room has people dancing by the front of the stage while the other half has groups of scattered people sitting down, talking to each other; watching. In any case, cosplayers and ravers united in the dark ballroom to color the shadows of dancers with glow sticks and strobe lights in torrid movements. Once the drop hit, it was nothing but fists punching high in the air as the crowd simultaneously jumped up and down.

At the end of the day, after walking around for countless hours, sitting down by any wall in the lobby felt relaxing. It’s needed to refresh and to process what was witnessed. Seeing people cosplay became a norm for the weekend. Not a bad way to start the summer. 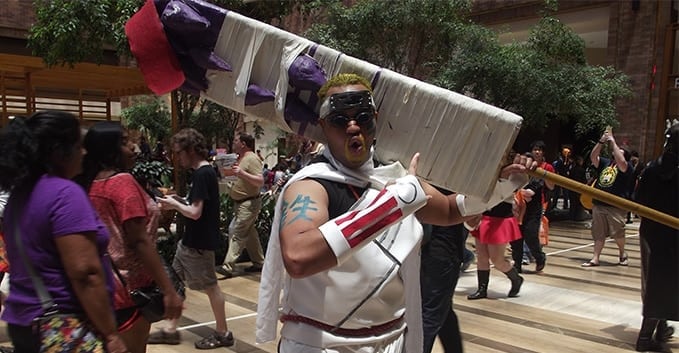 Neither author nor FunCityStuff.com was compensated for this review. 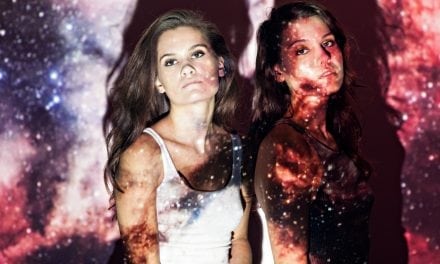 Lily and Madeleine Rock a Tuesday Night in Dallas 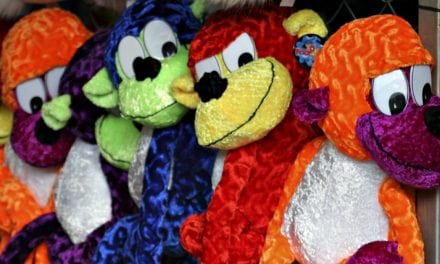 The Ultimate Guide to the Texas State Fair, Part 4: From Nimitz Circle to the Red River Showdown 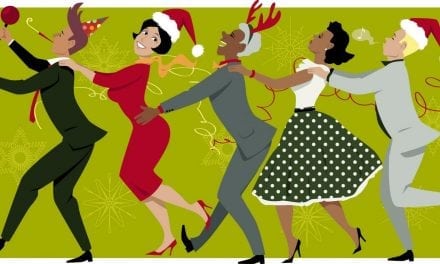 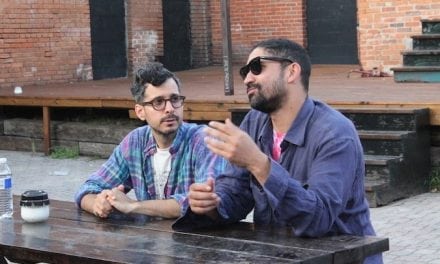 An Evening with Yoni and Geti