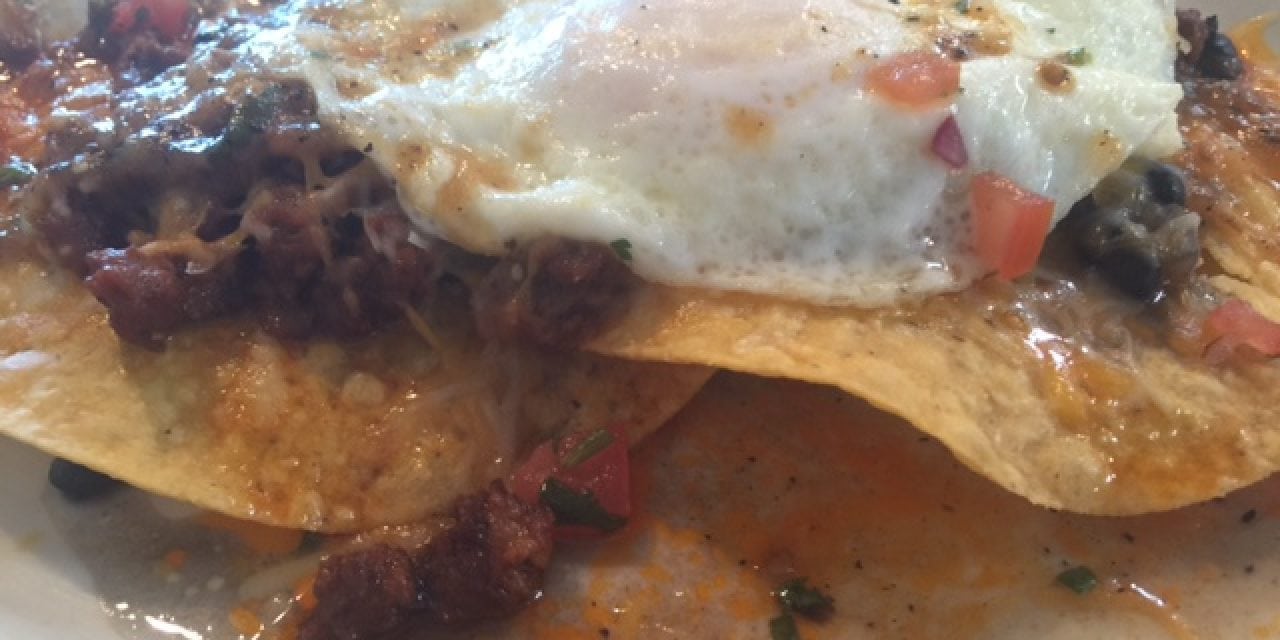 ​When you’re at the crossroad of deciding between breakfast or lunch, you might have a hard time choosing when you’re settling in at Crossroads Diner.

The FunCity Stuff team was invited to join the Crossroads pre-opening feeding frenzy event at their brand-new location at Preston and Campbell in Dallas. We walked in to see a waiting room full of people even though they weren’t open to the public yet. Turns out their loyal customers heard they might get seated “just in case.” (They were.) 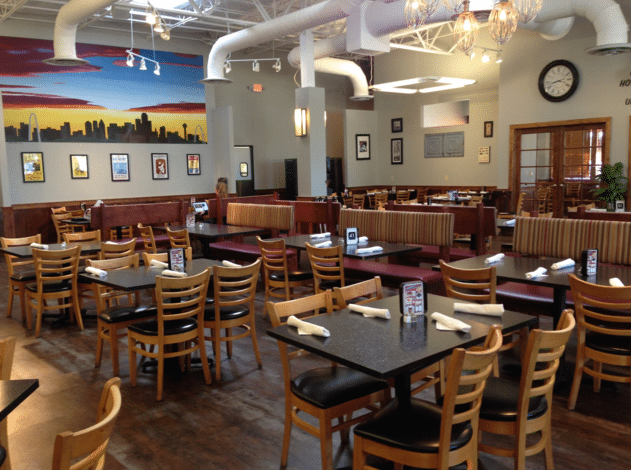 Their shiny new space at Preston & Campbell in Dallas

​It’s a large space and the manager came over to tell us that they really wanted their new location to bring the community together for events outside of the day-to-day.

The first thing we ordered was their famous Caramel Pecan Sticky Bun ($4.99). It arrived hot and gooey, and forks clashed as we dived in. A dense crumb, buttery and packed with pecans, this brunch appetizer is definitely enough to share, especially if you’re having an entree too. 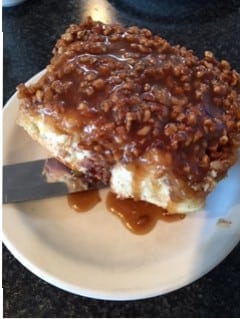 “A Big BLT” ($8.95) is a huge sandwich served on Empire Baking Company‘s grilled inch-high brioche bread. Add an egg ($1.50 extra) or chicken ($3.25 extra), and this thing could practically serve three people. The bacon was thick and tasty. My only complaint was that the baby lettuce isn’t sturdy enough to stand up to the crunch of the bacon, the heft of the brioche and overall heat. A royal sandwich like this deserves a crisp romaine or iceberg. 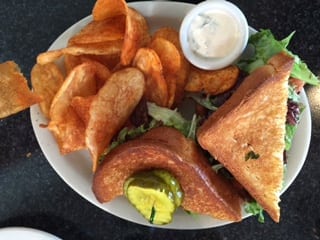 If you’ve been searching for a breakfast out that caters to your gluten sensitivity, this waffle ($9.95) will do you just fine. Crisp, with a tender crumb and a robust vanilla flavor, it didn’t really need the whipped cream or the powdered sugar. Our waiter brought us plenty of their housemade blackberry and strawberry jams so I made sure these two married beautifully in my mouth. (How’s that for food poetry, people?) The pork patties were a little on the salty side for me, but Renee said it was exactly the country sausage she grew up with. Ok, then. 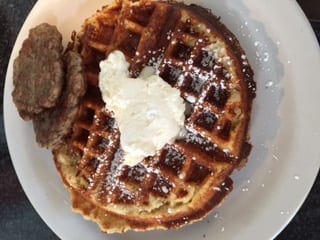 I love corned beef hash. It’s not for everyone, but I find that the best ones are a hallmark of when a chef LOVES his breakfast. It turns out that the Crossroads Diner chefs brine the housemade corned beef ($9.99) for two weeks prior to plating. It’s not too salty OR greasy, nicely crisp, flavorful and plentiful. So this dish made my morning. For a hard-core hash-and-eggs lover like me, it’s important to have the eggs over-easy so the yolk does a mind-meld with the hash. 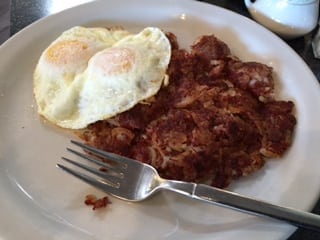 We ordered the Pecan Pancakes ($8.75) because pancakes, but it was really hard to justify this after eating our way through the menu thus far. It was good, a little dry, but to give this beauty credit, we were pretty carb-hammered by the time we got to them. Highlight: These were crammed with pecan pieces. 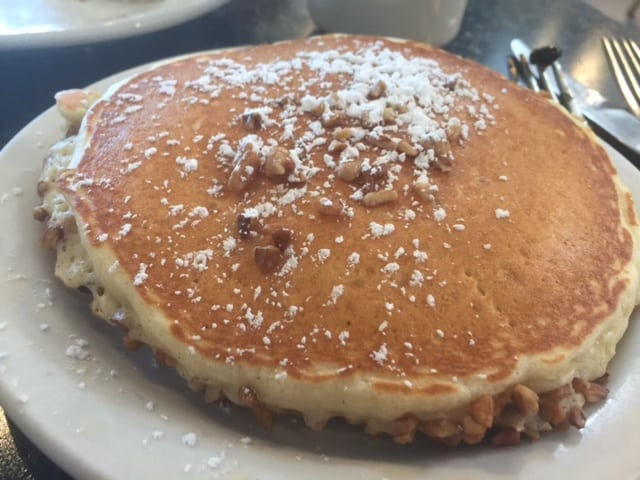 The hostess who seated us seemed very young and stiff, and as this was the “guinea pig” pre-opening, we figured they were probably still working out staff at this new location. Our server was a long-timer though, and you could tell he loved the place and knew the menu really well. Our coffee and water stayed full. He’s the one who showed us the “secret” about the mural painting of the lady holding the tray of goodies. (See if you can figure it out when you go in, and if not, ask your server.) 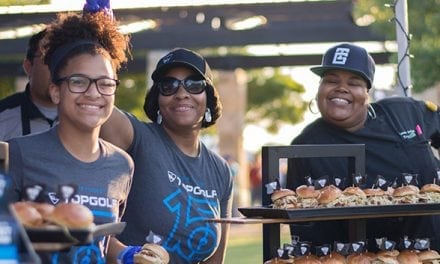 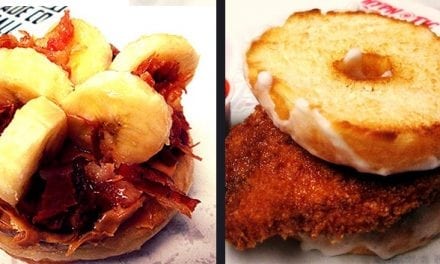 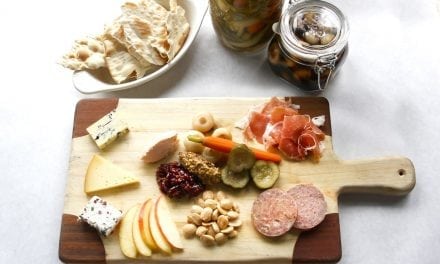 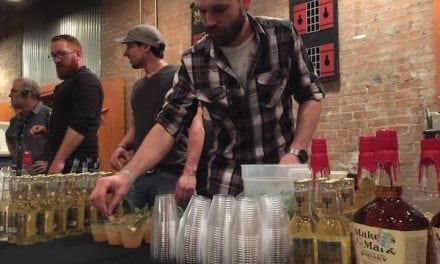 Chefs For Farmers Events Are Part of a Dallas Foodie Fantasy